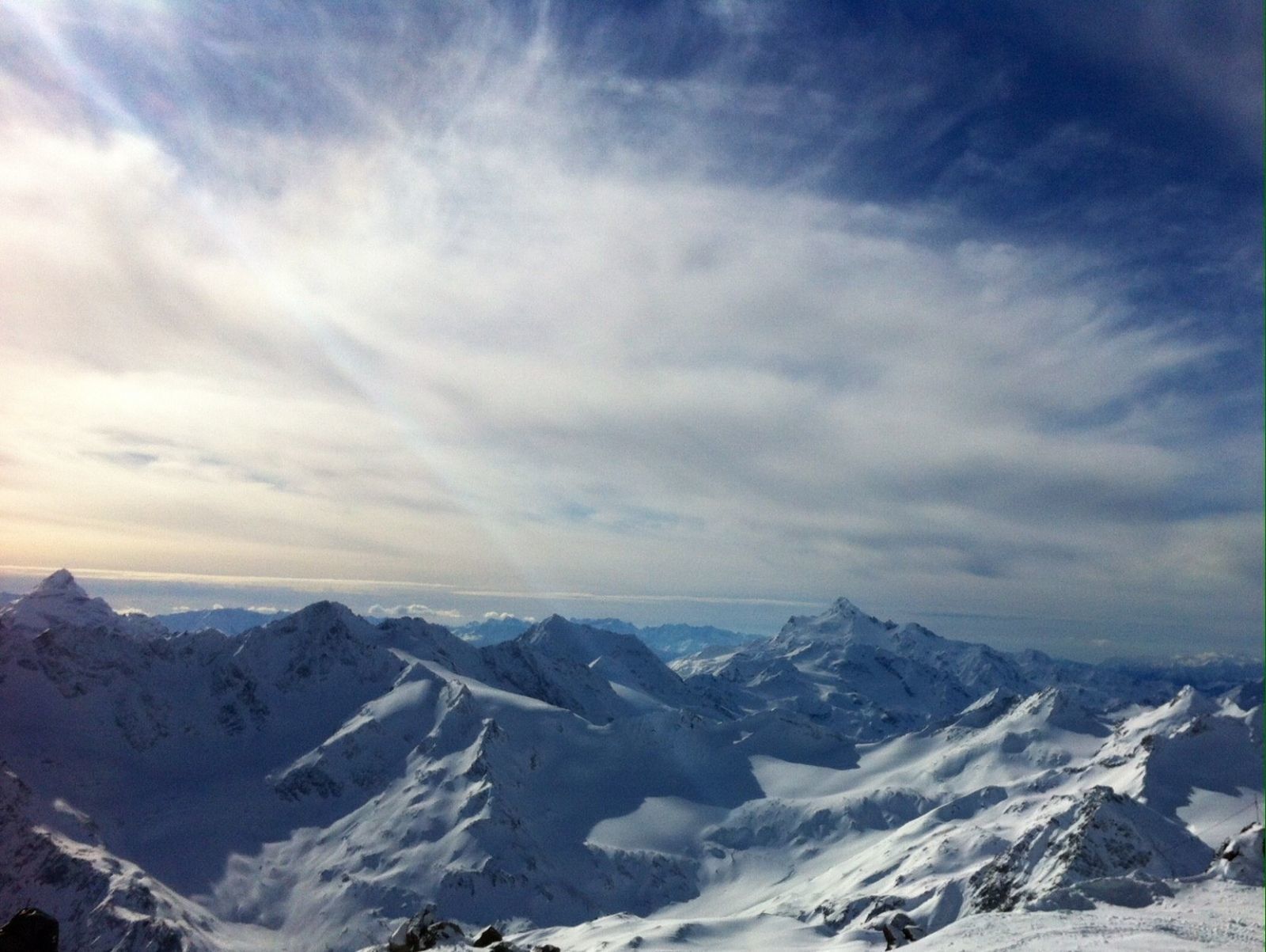 These words were written by Leon Miroschnik when he completed his ascent to Mount Elbrus.

Quote from Leon’s letter: “On the final stage of our ascent, my friends Andrei Savin from Moscow and Vasiliy Yaroshik from Siberia reached the mark 4 800 - 4 900 meters, and failed to continue further the route. Already then it was clear that the bout on the top of mountain is not possible, because we are only two: me and my conductor. When I began to move on the "oblique shelf," I had a breakdown. I managed to resist, but when I strucked, my action camera flew from the slope. So, after reached the top, we have not been able to do any filming or photographs. Conductor’s phone on a temperature – 35 just freeze. Strong wind did not allow us is stay at the top for a long time. The conditions were extreme. I can say that I did my best. I am pleased. My dream came true!"

Leon is upset, that only on altitude of 4250 meters (and it is certainly the most highest bout in mas-wrestling history) But is it important? Important in this ascent is not photographing, but the fact of getting over ourselves, height. So we are all very pleased that Leon was able to extreme winter conditions in the presence of a knee injury to complete the climb and reach the top, as evidence is a document of the conquest of Mount Elbrus!

This ascent, athlete at first and foremost, committing of course to his family and friends.  Also he  wish to everyone peace and good. Leon writes: "I wish that all the young men had been friends through the sport. So I took a flag of the International Mas-Wrestling Federation, the organization that promotes to help to find common ground for athletes from all around the world."

The courageous conqueror of the greatest peak of Europe also managed to send a video message to the youth of the world to come in October in Sochi at the World Festival of Youth and students to participate in competitions on mas-wrestling.

We express admiration and gratitude to Leon Miroshnik! 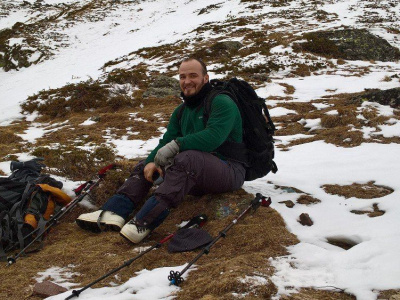 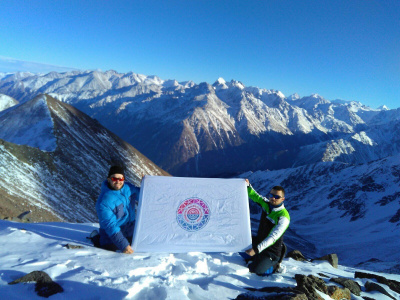 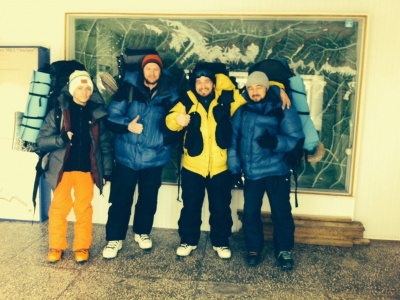 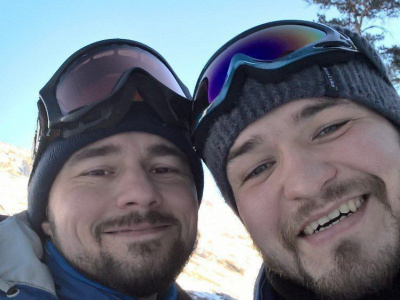 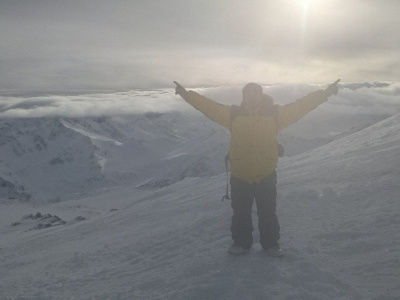 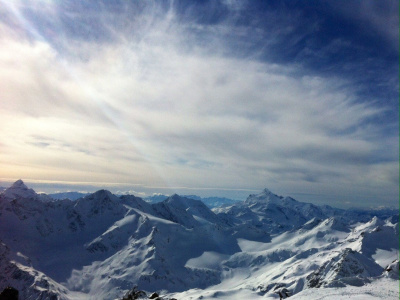 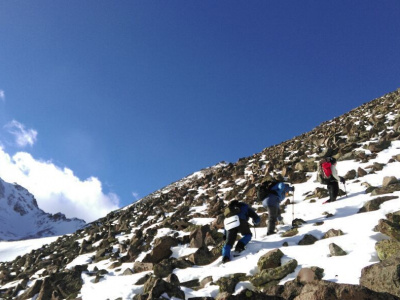 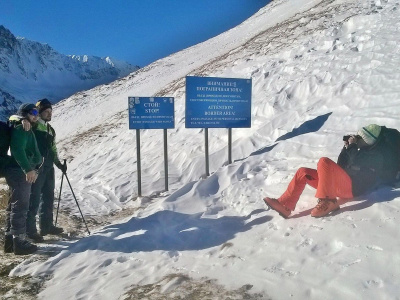 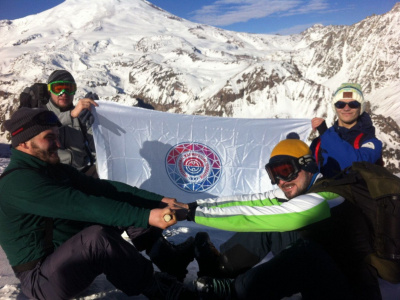 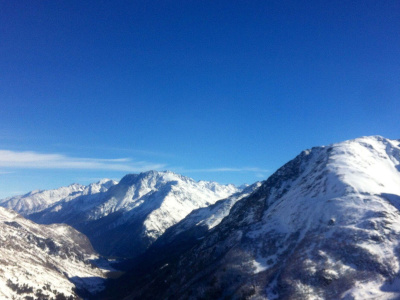 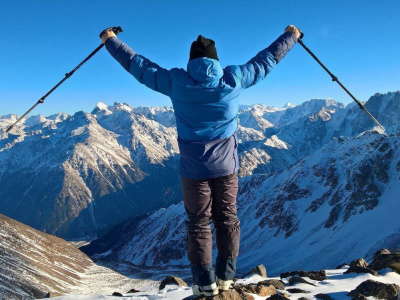 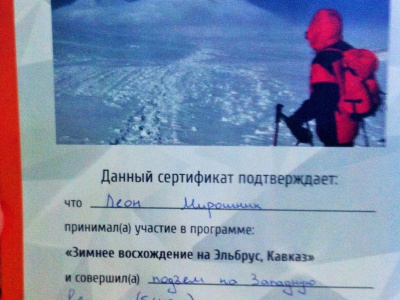