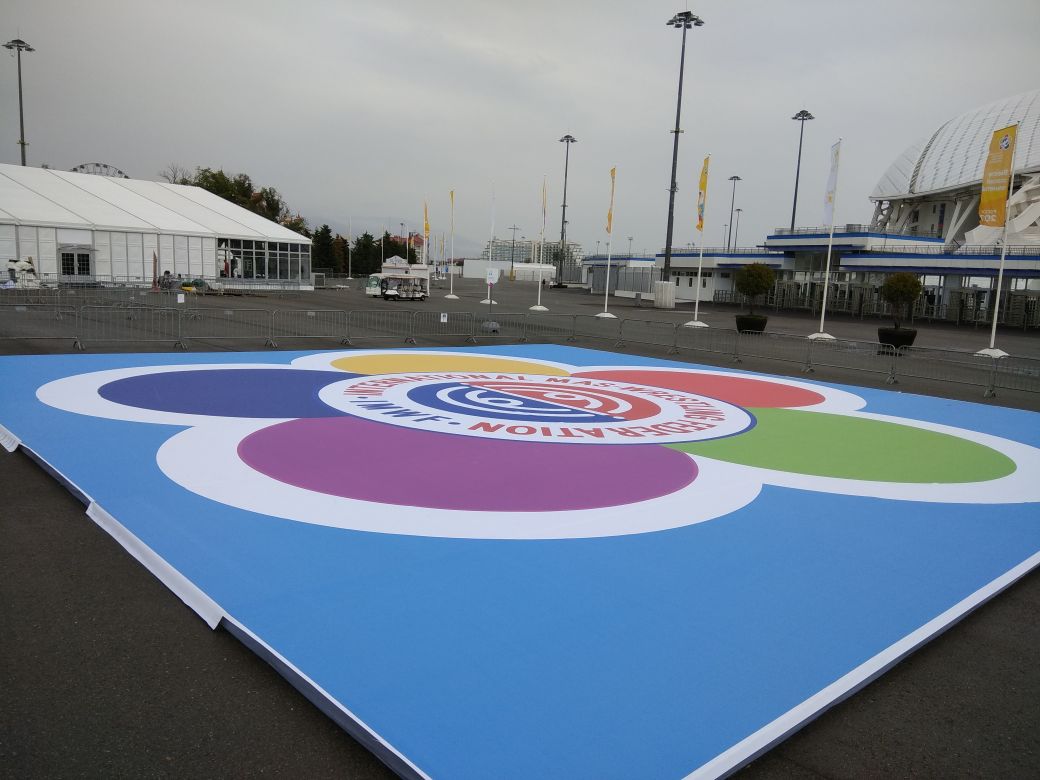 The preparatory period is coming to the end and Mas-Wrestling platform begins the work in the Olympic Park in Sochi this weekend.

The International Mas-Wrestling Federation on October 15-21 holds various presentations events of Mas-Wrestling for the Festival participants in Sochi. The events to be held as a part of the sports program.

These days, Mas-Wrestling will be presented by experts and athletes fr om the Russian regions and many countries of the world. All days of the Festival, the youth will be able to get acquainted with a new sport, hone their skills and take part in competitions with unique prizes, brought from the country of Mas-Wrestling – Yakutia. The winners will be awarded with Yakut diamonds.

The eminent and titled Mas-wrestlers of the world will participate in presentation events. Everyone will have the opportunity not only to take lessons from Mas-Wrestling eminent athletes, but also to take a photo with the athlete.

The presentation, open trainings, master classes and competitions in Mas-Wrestling are held in the Zone of National Sports on Medals Plaza in the Olympic Park Sochi from 10.00 to 19.00 daily.

Mas-Wrestling platform is a low podium with a perimeter of 18m to 18m, on the top is a logo of the Festival (chamomile). On the petals of chamomile – five decks for Mas-Wrestling. In the center of the circle with the logo of the IMWF with perimeter 6m to 6m – the main inventory. Ongoing work will go on the petals, on the central circle – the final competitions.

The titanic work is carried out on the selection of technical personnel who will work on Mas-Wrestling venue. More than 250 people passed through the huge number of paper work of the preparatory process for six months. In the end, 24 organizers: 8 out of Yakutia, 5 from Moscow, 11 from the Russian regions are to go to Sochi.

The cultural dimension of the presentation of the Yakut sport will provide the honored artist of the Sakha Republic (Yakutia) Dmitry Artemiev, khomus players are Georgiy Sleptsov – Chahylkhan, Vasilena Sharina and Anna Savvina.

The participants of the sports program of the Festival, came from the Russian Mas-Wrestling Federation 34 persons (15 from Yakutia and 19 from the Russian regions) will also be involved in working of our large platform.

Foreign countries will help us in our activities – Mas-Wrestlers form 16 foreign countries will join to our Mas-Wrestling family – Armenia, Azerbaijan, Brazil, Kyrgyzstan, Mongolia, New Zealand, Poland and Uruguay. To our great regret a lot of people who wanted to come were unable to overcome different obstacles to come to Sochi. Special thanks to General Director of Coal mining Company “KOLMAR” LLC Mr. Sergei Tsivilev for assistance in purchasing tickets for the athletes from Azerbaijan, Brazil and New Zealand.

Mas-Wrestling will bring together its workers on a giant flower – the logo of the Festival. And they are like the bees will begin actively promote Mas-Wrestling soon. The work on Mas-Wrestling platform will be shiftable, so that all could visit other platforms and fully enjoy the atmosphere of Youth holiday.

Georgiy Sleptsov and Vasilena Sharina will draw attention to the Mas-Wrestling platform by playing on Yakut musical instrument – khomus. Support team from among the volunteers with slogans will help them. They will interrupt the work of specialists in certain periods of time.

Open training sessions conducted by qualified specialists. They will sel ect most capable and best-trained spectators to participate in Mas-Wrestling competitions with prizes from sponsors.

All the organizers are divided into five teams and referees. Teams are divided conditionally on the number of continents on the petals the “chamomile” printed on the podium. Then, the work of each team will go on autonomously. Teams led by heads – leaders. In each team a certain number of staff.

In the aim of establishing friendly relations between the athletes from regions of Russia and different countries of the world, the teams are specially mixed. Thus artificially created a kind of “melting pot”.

Each team is to encourage participants open training and master classes given handouts: magnets, key chains with the IMWF logo and icons on the Mas-Wrestling theme. During the presentation through selection of potential participants of daily competitions in Mas-Wrestling, wh ere they can test their strength and apply that knowledge.

Daily from 17.00 to 17.30 on the central platform will be organized master-classes of titled Mas-wrestlers and photos for those who want to take photo with them. Immediately after that will be held Mas-Wrestling competitions in weight categories. At the opening ceremony whole the audience will be able to listen to Yakutian rite of blessing “Algys” (Dmitry Artemiev) and Yakut welcome song “Toyuk” (Anna Savvina).

The competitions are held according to the Regulations. The number of weight categories depends on the list registered competitors during the day and should not exceed five – 3 among men and 2 among women. The winners will be awarded on the Festival's Main Stage on the Plaza Medals with prizes fr om sponsors of the IMWF. Awarding attributes will with symbols of WFYS.

Working day ends by Yakut friendship round dance “Osuokhai” that involves all attendees – VIP guests, participants, organizers and spectators. During round dance repeat the words of the singers in unison. Leaders – Dmitry Artemiev and Vasilena Sharina. The press of the IMWF captures everything that happens for daily reports and creating an archive for history.

Specially for the Festival is dedicated to the publication and presentation of colorful Mas-Wrestling brochure.

P.S. The International Mas-Wrestling Federation will provide technical staff with sports suits and all who are registered in the teams – with commemorative T-shirts. 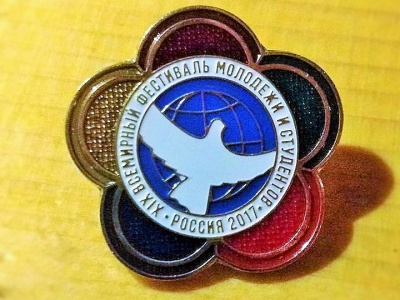 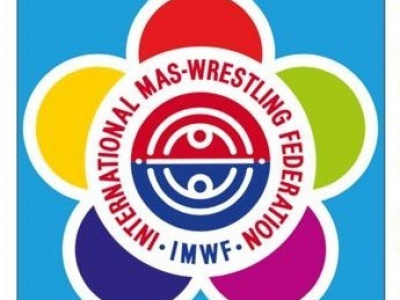 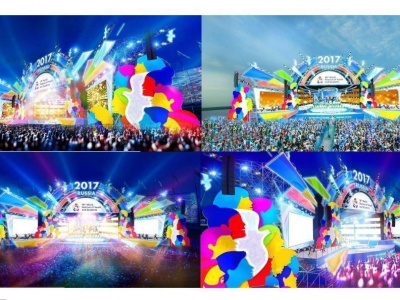 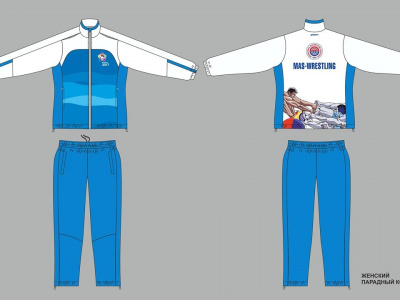 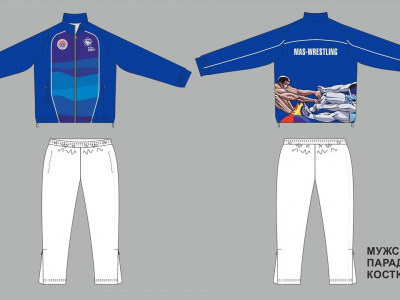 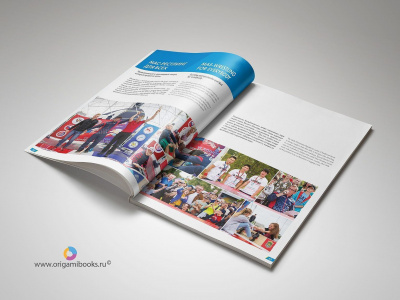 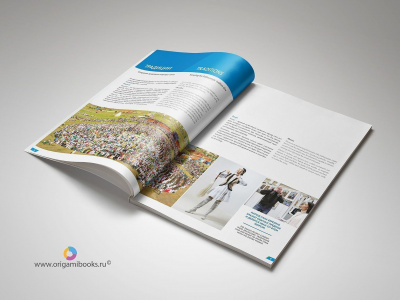 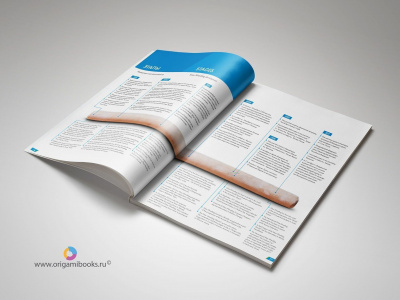 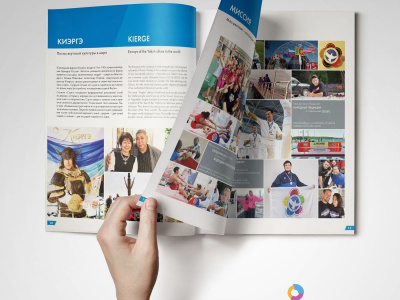 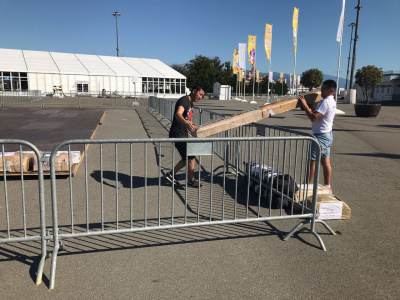 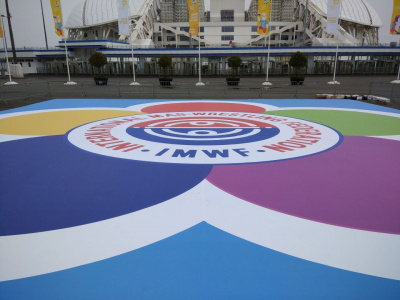 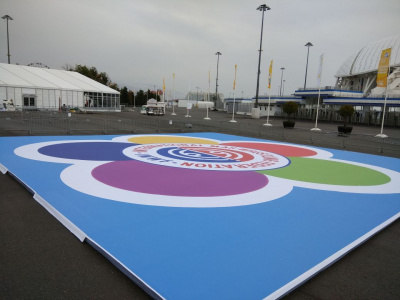