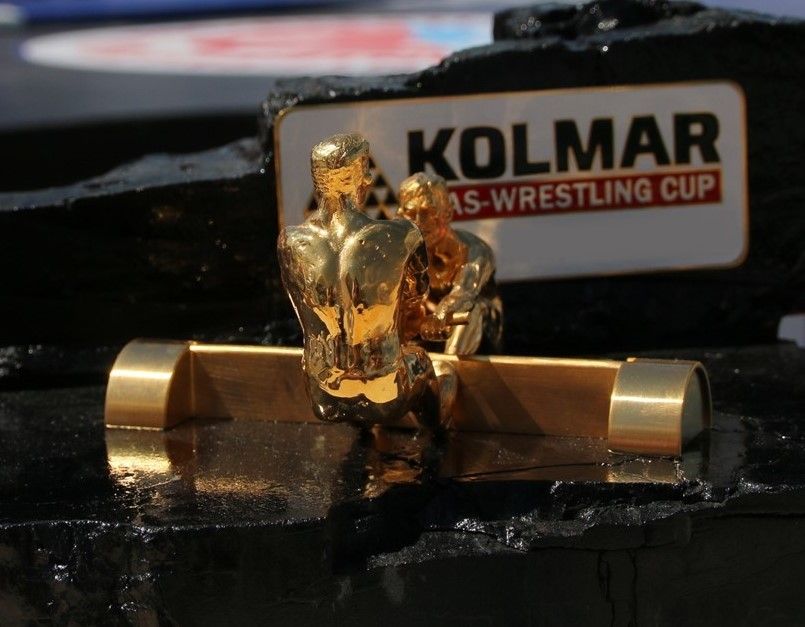 General partner of the International Mas-Wrestling Federation - Coal Mining and Processing Company "Kolmar" represented by the CEO, Mr. Sergei Tsivilev is making a significant contribution to the organization and holding of the final stage of the Mas-Wrestling World Cup 2017 in Moscow.

Mr. Tsivilev ordered to allocate sponsorship funds to the prize fund of the final stage. Further, the important moment in promoting mas-wrestling development in the world, he considers rendering support to individual promising athletes, who will represent the company during the event. Their choice is not accidental.

First of all, these are the participants of the International Mas-Wrestling Kolmar Cup, held in Vladivostok in September in the framework of the Eastern Economic Forum: winner Anton Dementiev (Russia), silver medalist Zhan Matene (New Zealand) and president of the US Mas-Wrestling Federation Odd Erling Haugen (USA).

Together with them, two Brazilian athletes - heavyweight champion Ricardo Gevaerd Nort and Jonathan William Pereira de Souza received the right to represent the coal mining company Kolmar. They were selected at the request of the general sponsor by the president of the Brazilian Mas-Wrestling Federation, Mr. Vilmar Oliveira. Thus, for his special contribution to the development of mas-wrestling in South America, his federation again received the support of the Kolmar LLC. Recall that before that the company paid for the participation of Brazilian athletes Tiago Fernando dos Santos, Anabel Meskita de Oliveira and Thaina Kazagrande at the World Festival of Youth and Students in Sochi in September this year.

Ricardo Gevaerd Nort is an eminent powerlifter, a professional world-known strongman, an absolute champion in this year's Mas-Wrestling. This wonderfully built athlete decorates many world platforms. You be the judge – his height is almost two meters, and weight – massive 163 kg. Second representative of Brazil - the winner of the championship of South America, held this year in the Arnold Classic in São Paulo. According to the head of the federation, Jonathan William Pereira de Souza, in his country he has never given anybody the palm of victory in his weight category - up to 105 kg.

An athlete from Europe is invited to participate in the same weight category. Kolmar Company decided to support the winner of the international mas-wrestling competitions that took place during the World Youth Forum in Sochi, Latvian athlete Jevgenijs Korols. Korols intends to show himself in Moscow at his best, and to intensify the development of mas-wrestling in his country upon return, wh ere the national federation is experiencing a period of stagnation at the moment.

CC "Kolmar" makes a gift to all the mas-wrestling fans: the world-famous athlete, included into the list of the strongest of the planet, the finalist of Arnold Classic 2017, the winner of the World Cup 2015, the absolute world mas-wrestling champion in 2016, the crowd puller American Martins Licis.

All athletes who received support in paying for travel to the venue and back will receive a sports uniform from Colmar with the company logo as an additional gift. And all the winners and medalists of the final stage will receive branded gifts.

All these sponsorship actions are aimed at attracting the attention of the world community to the Mas-Wrestling Kolmar Cup, which is planned to be held in 2018. It will be held next fall as a part of the Eastern Economic Forum in Vladivostok, only with even a larger scale - the strongest mas-wrestlers from forty countries of the world will be invited.

We will assume that the company has given the start to the qualification of the strongest athletes to the "Kolmar Cup" - 2018.