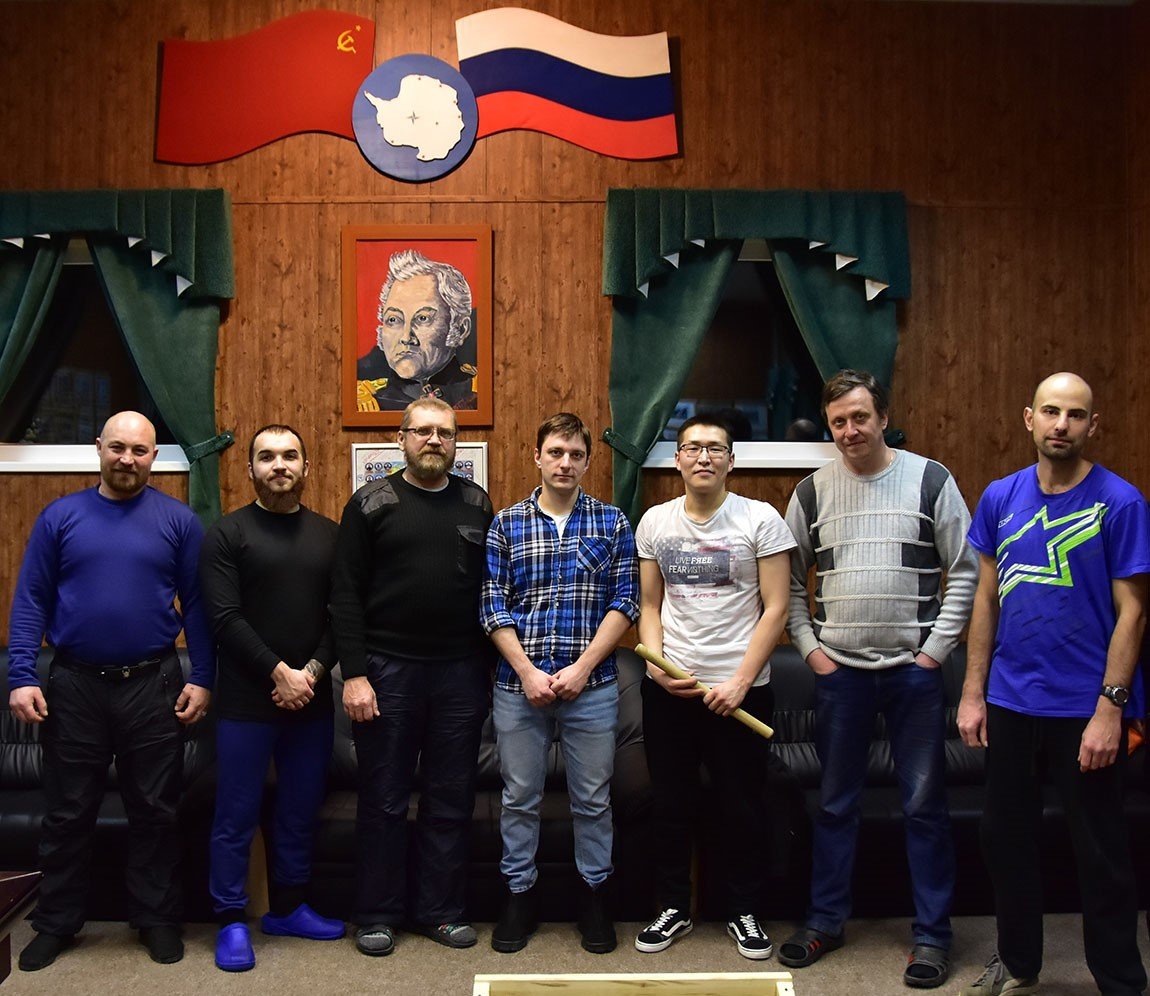 Polar explorer from Yakutia, Aisen Afanasyev, on May 25, 2019 held the first ever mas-wrestling tournament in Antarctida.

Aisen Afanasyev dreamed of holding a mas-wrestling competition on the ice continent for so long, that now at the end of the tournament he is overwhelmed with feelings. We give his story about this historical event in full.

“Competitions in various sports began recently at the Novolazarevskaya station in Antarctica. I had the honor of being the organizer of the competitions. Eight disciplines were chosen - table tennis, Russian billiards, chess, checkers, jump-jump, backgammon, darts and mas-wrestling. I want to tell about how I introduced the staff of our station to the Yakut national sport.

The idea of ​​mas-wrestling arose in my first expedition to Antarctida in 2013, but at that time there was no opportunity for it. Living conditions were more difficult at the station and there were no necessary materials for making the inventory. This time, the stick for mas-wrestling was handed to me at the Permanent Mission of the Republic of Sakha (Yakutia) in St. Petersburg shortly before going on an expedition. I was invited to speak in front of Yakut students studying in St. Petersburg, where I spoke about the preparations for the expedition.

Upon arrival at the station, I began to make a mas-wrestling board fr om the materials that were available in our department. Unfortunately, boards meeting the standards of 2 meters in length and 4-6 cm thick were not found, so I made its 5 cm thick mini-version and the length was one meter. I will call it the evaluation version of the mas-wrestling board. It was not possible to make the scaffold, so I made a small stand for the board with stops. The first durability tests of the board were successful, after that I decided to use it to familiarize the station team with our national sport.

We announced the competition to be held on Polar Day on May 21 and began recording participants. Competitions in all types began simultaneously on May 24, and the mas-wrestling was held separately on May 25. All the young people at the station and some older colleagues participated.

To begin with, I told everyone what mas-wrestling is, that it is a national sport of Yakutia, where it is very popular and is gradually becoming known throughout the world. With almost every Yakut man at least once engaged in mas-wrestling. Then I familiarized the competitors with the regulations of the tournament, explained the rules of the bouts. We had an intense warm-up. We missed the weighing procedure, because this time mas-wrestling was held as an introductory with the competitive part. As I have already said, my board does not meet the standards and there were not so many participants so that we could divide them into weight categories. Therefore we held the competition in absolute weight category.

The bouts went up to two wins with a change of grip. In case if the points were equal, the lot was drawn with a coin toss. I explained some technical aspects of the battle and how to avoid injuries. Although it is believed that mas-wrestling is one of the safest forms of power martial arts, but still unprepared people can often traumatize their backs. Our competition went well without any injuries. All spectators and participants really enjoyed mas-wrestling. After the competition, many fought among themselves, got acquainted with a new type of sport for them. Some asked for inventory sizes and rules so that they could make themselves similar in the future in their homeland. I gave them the documents from the website of the International Mas-Wrestling Federation, were the information is given in detail. The winner of our trophy was not among the favorites, who seemed sure to win. In a short time he mastered the basic technique, correctly fought and was able to get ahead. But he also had defeats, so we still had some intrigue until the end of the tournament.

The awarding will be held at the end of all other sports disciplines on Mid-Winter Day on June 22 - one of the most important holidays of polar explorers. Prizes will be provided by the station manager. There will also be memorable gifts from the Arctic Research Center of the Academy of Sciences of the Republic of Sakha (Yakutia), wh ere I worked in Yakutsk. I was given them specifically for the occasion of the mas-wrestling competition.

In general, the acquaintance of the station team with mas-wrestling was wonderful. Many positive emotions. Participants were very excited! This sport, with all its simplicity, is one of the most popular sports among the indigenous people of Yakutia, it requires a lot of muscle strength in the hands, legs, back, and abdominals. Indeed, the level of modern development and dynamic promotion around the world make mas-wrestling one of the most promising sports in the world. I will leave mas-wrestling equipment here at the station. I will assume that the tradition has been laid and the team of the next expedition will hold its own competitions, to which I will be immensely pleased. ”

The countrymen of Aisen Afanasyev are touched by the fact of holding competitions in the Yakut sport in the far-distant continent. There were enthusiasts ready to look for ways to deliver this inventory to the Novolazarevskaya station. We will follow this process. 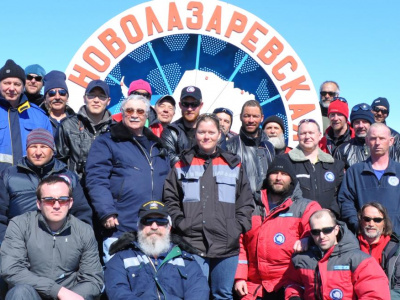 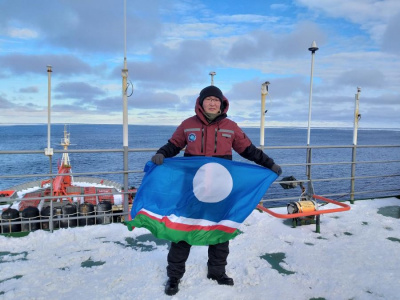 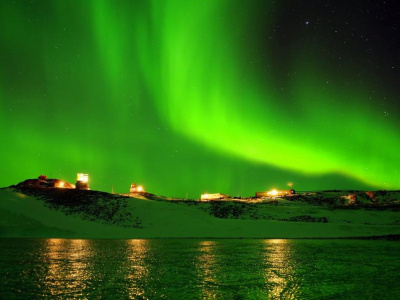 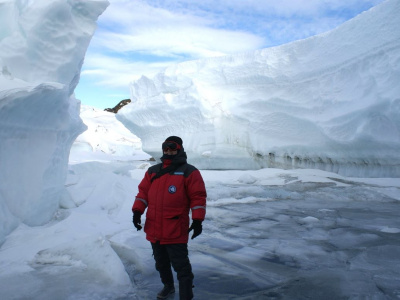 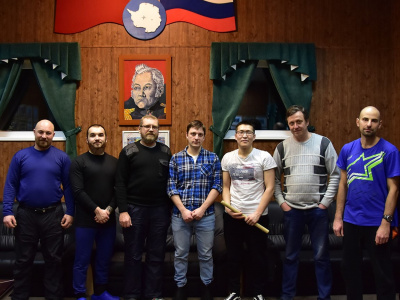 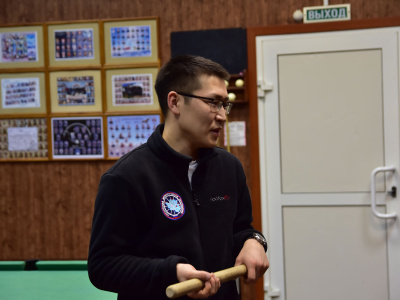 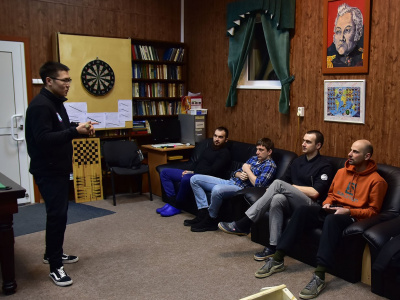 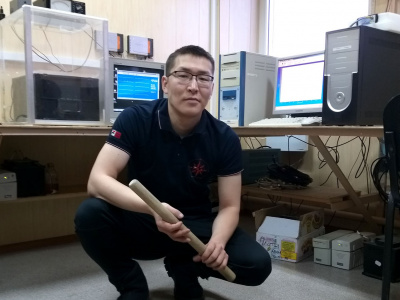 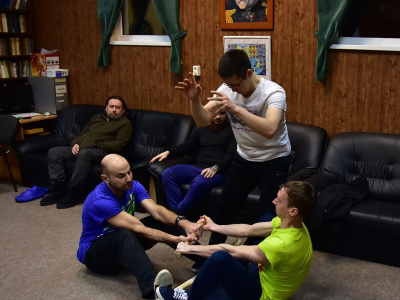 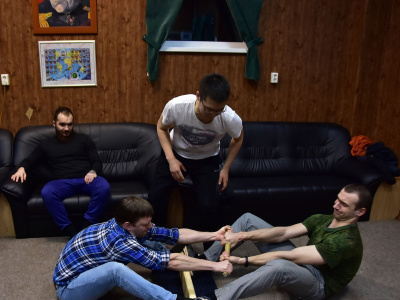 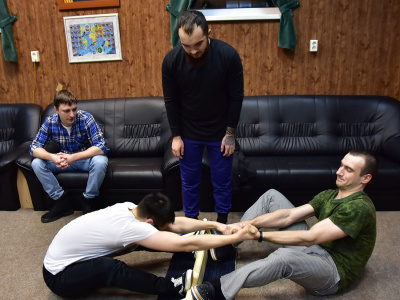 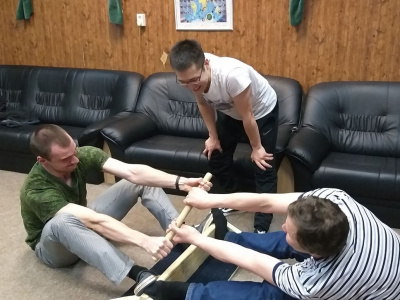