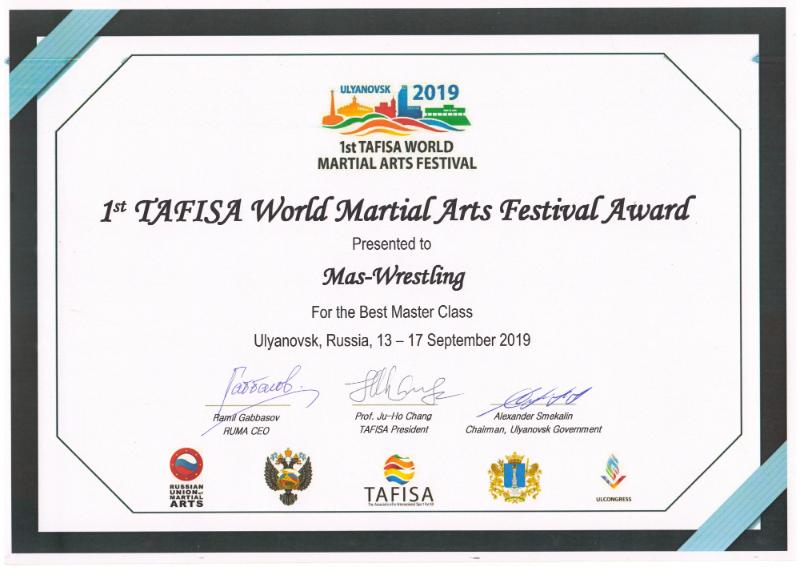 November 6, 2019. Today in a solemn atmosphere, the First Deputy Executive Director of the Russian Union of martial arts Igor Pasko has presented the award to the head of sport delegation Lena Tomskaya. Such a high assessment from a reputable international organization obliges a lot.

Except official recognition, presentation of Mas-Wrestling can be included with a high probability in the demonstration part of the program of World Games TAFISA (The Association For International Sport for All), which will be held in September next year in the capital of Portugal - Lisbon. Also, our delegation has received a proposal to organize presentation events of Mas-Wrestling in France in the month of March.

As a reminder, world festival of martial arts TAFISA was on September 13-17, in city of Ulyanovsk (Russia). The presentation of Mas-Wrestling was bright and spectacular, opposite the House of Government on the central square with a large number of viewers. The presentation was conducted by the most titled mas-wrestler of Russia Victor Kolibabchuk. Head of sports department of the region, minister of sport Nikolay Tsukanov personally thanked our delegation for the excellent work.

The presentation was conducted by:

- Lena Tomsakaya, Moscow, member of Presidium of the IMWF, leader;

International organization TAFISA (The Association For International Sport for All) officially was founded in 1991. In 2005 was opened headquarter in Frankfurt (Germany).

Aim - to achieve an Active World by globally promoting and facilitating access for every person to Sport for All and physical activity.

- supporting and development of traditional sports and games;

- supporting the activities of member organizations;

- promoting concept “Sport for All” internationally;

- ensuring coordination of programs and activities;

- providing platforms for comprehensive interaction and exchange of experience;

- support international exchange of experience and training of members;

- interaction with other international sports organizations.

- International association Sport for All. 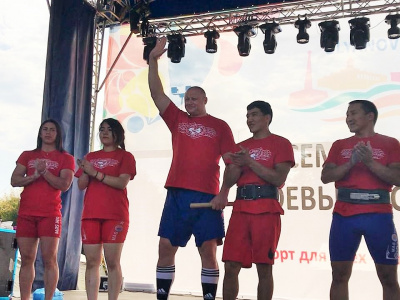 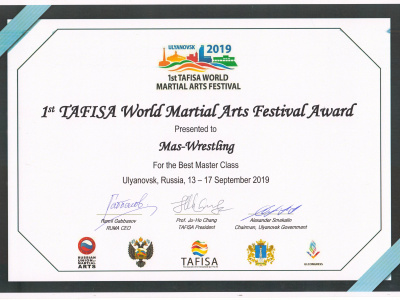 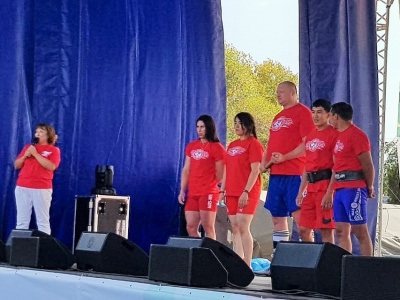 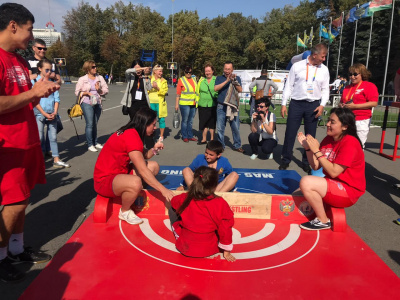 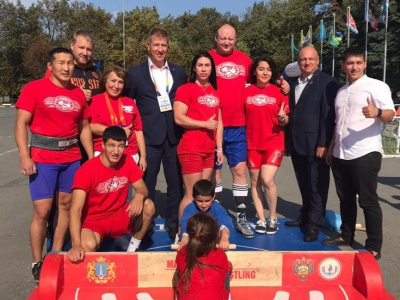 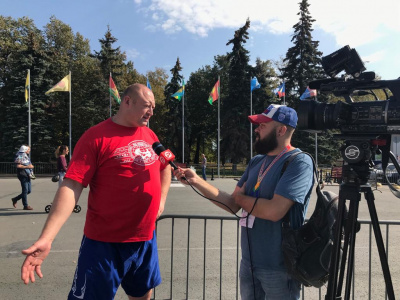 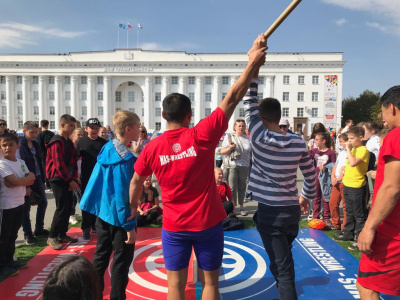 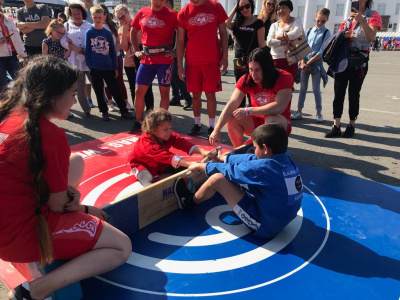 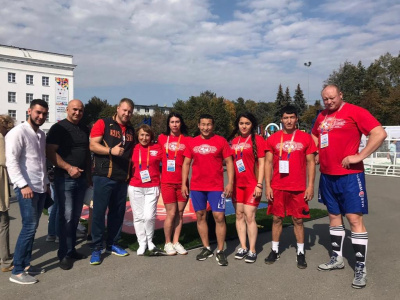 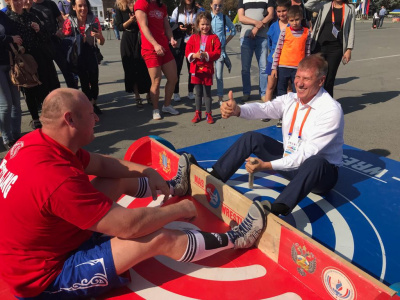 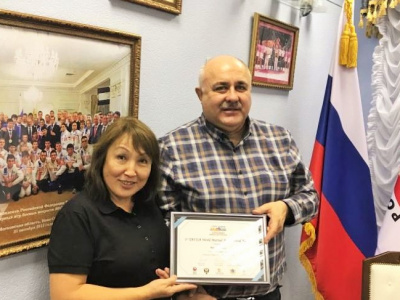 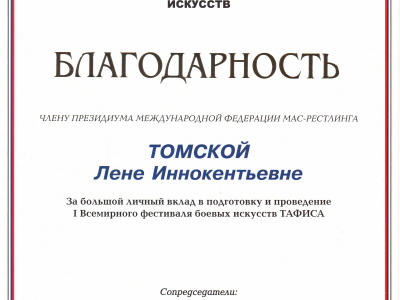 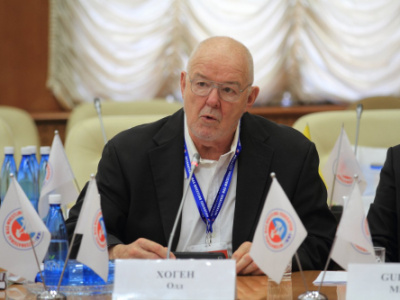