Gold of the second day flew to different countries. Russia, Armenia, Kyrgyzstan, Hungary, the USA are waiting for their winners

The second day of the competition gave even more intriguing moments and presented new unexpected surprises.

“Mas-Wrestling World Cup 2019 in Poland is already a history. There was no such intrigue and fervor of the struggle for a long time, and I really enjoyed witnessing this grandiose spectacle, especially in the superheavyweight category, where fought athletes from all over the world” coach from Ukraine Viktor Kruglik shares his impressions. I am absolutely convinced that everyone who was lucky to see the fights of the strongest mas-wrestlers of the world and enjoy the atmosphere of a real fight in the Polish city of Pabianice these days shares his opinion.

Ten athletes from Pakistan, Russia, Armenia, Hungary, Ukraine, Kyrgyzstan and Slovakia took part in the weight category up to 70 kg. The current world champion Sergey Konstantinov from Russia won a convincing victory. It is appropriate to note here participant from the North Caucasus region of Russia Anzor Khushtov, who had enough ambitions to fight for gold. Beating all his rivals, he is higher in the second place. Anzor is a 4th year student at Kabardino-Balkarian State University and everything is yet to come.

In the weight category up to 80 kg there were participants from Latvia, Slovakia, Kyrgyzstan, Hungary, Russia, Slovakia, Georgia, Poland, Finland, Armenia. So far, the leader in this category has been Aisen Atasytrov, representing Russia, but in the final stage, he was imposed a worthy fight with Yevgeny Pikonin from Russia and Oganes Davtyan from Armenia. Beautiful fights worthy to go down in history were presented by a favorite athlete, a true Mas-Wrestling fan from Finland, Juha-Vesa Yantti. Despite his age, he put up stubborn resistance to rivals much younger than himself, defended himself competently, checking them for endurance, and then, when they rapidly lost strength in attacks, he took his own. A colleague from the United States Odd Haugen assisted him. As a result, Juha-Vesa, out of 16 strong participants, made his way to the winners and won the bronze medal of prestigious competition. What absolutely everyone was immensely happy about. Such is his authority among the mas-wrestlers of the world!

In the weight category up to 105 kg took a part 13 best fighters from Georgia, Latvia, Kyrgyzstan, Russia, Hungary, Ukraine, Poland, Azerbaijan, Pakistan, Lithuania. For the title of winner, I would say, the stars of the world Mas-Wrestling fought for the title of winner. However, luck smiles only to the chosen. The participant from Kyrgyzstan Keldibek Ataybek Uulu won a resounding victory. The 2nd place tool the charismatic Cahangir Yagubov. Promising newcomers unexpectedly rose to third places.

The most anticipated superheavyweight category did not disappoint viewers and fans around the world. Slovakia, Azerbaijan, Serbia, Poland, USA, Chile, Poland, Russia, USA, Bulgaria, Hungary sent their strongest sons to Poland. The lightest of them was Ryan Korner from USA. Only 134, 7 kg. The most “weighty” was Serbian giant - 2 m 10 cm tall and 210 kg., Novica Slijepcevic. But we know that weight does not really matter. A newcomer from USA Adam Turner showed a sharp fight. However, there is no point in marking someone especially, because they all went out and fought with a serious attitude. In the final fights, only Europeans fought for a victory, leaving the Pan American continent behind. As a result, athlete of “Deli Tamas Team” Hungarian super giant Vero Alex is a winner.

The wonderful Hungarian girl Varga Fanni Rebeka, who became the best in Poland in the weight category up to 65 kg, gave another reason of Deli Tamas’s happiness. 15 participants fought in this category.

Everyonce’s favorite, Nicole Higham from USA, for the first time in her life with great emotional excitement, heard the anthem of her country, standing on the highest step of the winners podium.

All participants of competition were preparing hard, but the platform decides who is the strongest. This time the result is as follows:

In general, it is worth noting the increased level of all participants. For us, the organizers, it is pleased to see many athletes from different continents dressed in official uniforms of their countries with the designation of a sport, and it’s pleased to see how they cheer for each other.

The International Mas-Wrestling Federation noted the national teams who showed the greatest cohesion and training with special prizes.

We are pleased to see that the competitions are held in an atmosphere of friendship and mutual assistance. We thank all our friends for finding the time and financial resources to come to the Mas-Wrestling World Cup in Poland. For many, this is no easy task. We value your contribution in the name of our common cause. Mas-Wrestling unites people. This is the main thing! 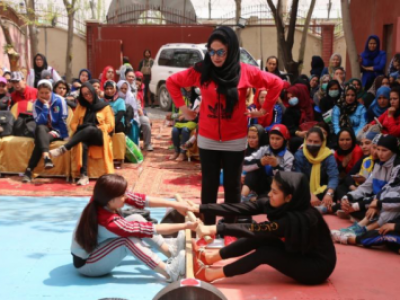 Mas-Wrestling competition among women was held in Kabul, Afghanistan