Serge Madjyny on Us Khatyn, the anthem of the International Federation and the logo of the World Mas-Wrestling Day will be presented at the IV World Championship 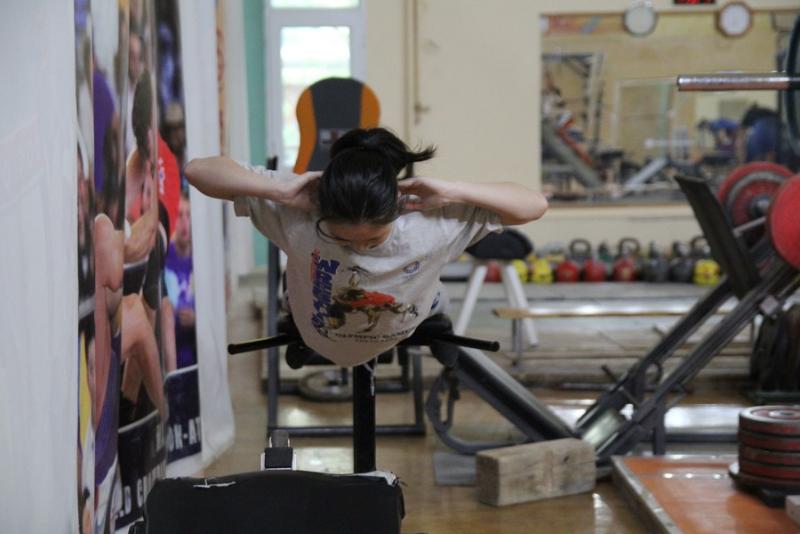 Innokenty Grigoriev apprised of all developments and other interesting facts in the World Championship:

- We have been working to attract 69 countries to participate in the World Championship, which actively cultivate mas-wrestling, promote its spread and can potentially become members of the IMWF. Today we have official confirmation fr om 44 countries of the world. There are also national federations that really want to send their athletes, for example, from South America, but they have financial difficulties due to the complex travel patterns and super-expensive air tickets. The situation in the world has also affected the number of participating countries.

In addition to the teams of the IMWF member countries, representatives of the newly created World Student League are taking part in the current championship. These are students from many countries studying at universities in Russia, our reserve, our emissaries, who in the future, after graduation, returning to their homeland, will spread and promote mas–wrestling, will become ambassadors of the IMWF. We believe that this is the right direction of our marketing work.

The competitions will be held on June 23-24 at the sports complex «Triumph» from 10 am. On the 24th we will also hold preliminary matches of the World Championship in the absolute weight category. For now, 18 participants from 12 countries have shown up. But I think the technical application will be submitted until June 22, so new strongmen may be added. We assume that about 18 men and 12 women will join the fight for the title of the strongest on the planet of the Madjyns.

The absolute champions and prize-winners will be determined on June 25 in the area of Us Khatyn during the jubilee holiday Ysyakh Tuimaada. We are preparing an extensive program for our guests – they will see in all its glory our national holiday Ysyakh, from wh ere mas-wrestling began its march around the world. On June 23, in compliance with all the traditions of the Sakha people and with the blessing of Algys, we will establish the Serge of the Madjyny – mas-wrestlers of the world. This symbol will tell our descendants and followers that during the IV World Championship in Yakutsk in 2022 we received a parting message from the Head of the RS (Y) A.S. Nikolaev to promote mas-wrestling to the Olympic expanses, they set us an important and difficult task to get recognition of the International Olympic Committee by about 2032-2036. Aisen Sergeevich had comissioned the Government of the Republic to create an International Mas-Wrestling Center headquartered in Yakutsk. This state budgetary institution will actually fulfill the task of including mas-wrestling in the Olympic program.

As for the participants of our championship, as I said above, 44 countries have been confirmed. The number of athletes is 132 people, in total there will be 232 guests. There are also delegations that do not have athletes. This is, for example, our Olympic sister Greece, they did not succeed with the athletes – at this time they have a lot of their own events, so its representatives will come to us for a kind of viewing – they will watch the championship, show us their very interesting projects to promote mas–wrestling. By the way, a native of Yakutia, Elena Vihodets, works in the Greek federation of our species.  We have high hopes for our new partners. In addition, the delegations of Georgia and Azerbaijan will also consist purely of sports functionaries. They all dream of getting to the IFMW Congress, which will be held on June 22 in the Hall of the Republic of House of Department-1 with the participation of the Head of the RS (Y) Aisen Nikolaev, members of the IMWF and all national delegations. I think it will be a very interesting Congress, historical, as they say, all the stars converge – in the year of the 100th anniversary of the Yakut ASSR, we receive a very promising order from the leadership of the republic, while we have serious support from the Ministry of Sports of the Russian Federation and the Russian Olympic Committee, which also confirm the Olympic prospects of Yakut mas-wrestling. We heard this last year at the Manchaara Games from the heads of these sports departments. Today, the Minister of Sports of the Russian Federation Oleg Matytsin will also personally arrive, there will also be a representative from the Olympic Committee. The Congress will adopt another official document confirming the priority of the Sakha Republic in mas-wrestling. All representatives of national federations, members of the IFM will express their opinions and suggestions, which will undoubtedly be included in the final protocol documents concerning the formation of the IMWF leadership, changes in the rules, etc. There are many countries wishing to join the IMWF, especially from the African continent, their admission will be held later, at the next meeting of the Congress.

A special jury reviewed all the materials received for the competitions announced by the IMWF on creating the anthem of the International Mas-Wrestling Federation and the logo of the Mas-Wrestling Day established by the IFMW, and has already selected the winners. After approval at the Congress, we will also present these new mas-wrestling symbols on June 25 during the championship, we will hear the anthem of the mas-wrestlers of the world at the opening ceremony of the championship on June 23.

I would also like to note the very substantial support from the Federal Ministry of Sports. They have allocated more than six million rubles for the organization and holding of the championship. It is included in the list of important sporting events of the year in Russia. Much attention is paid to the development of mas-wrestling, all employees of the Ministry know that the new Russian sport claims to be included in the Olympic program. I would like to take this moment to thank our colleagues from the Ministry of Sports of Russia, who provide us with very serious and substantial assistance. 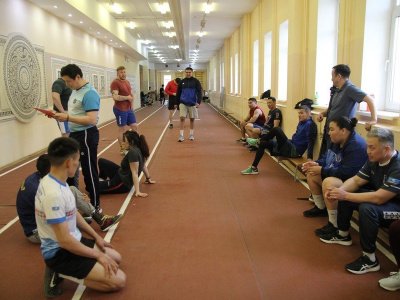 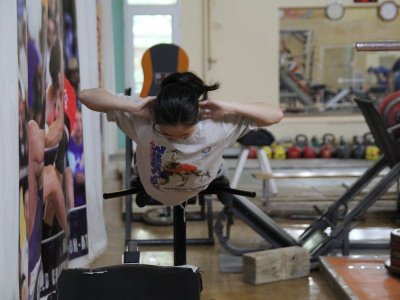 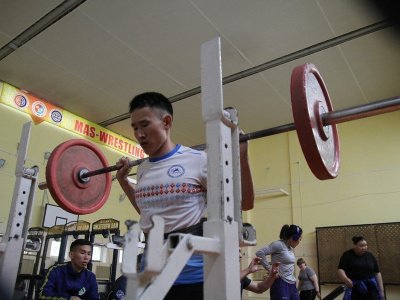 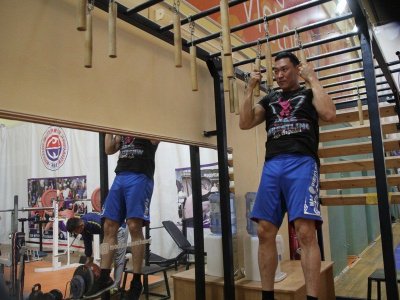 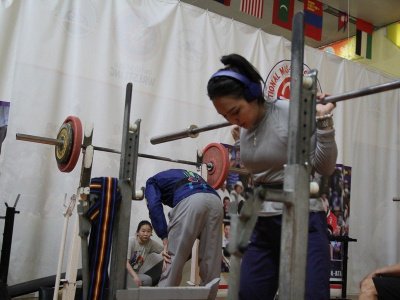 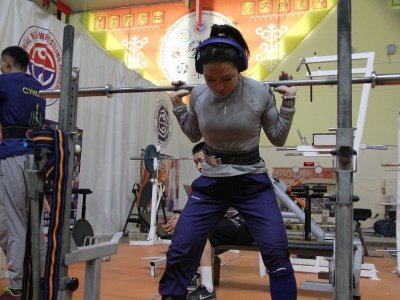 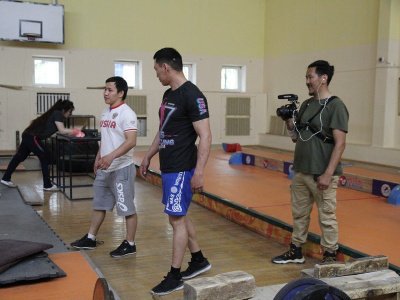 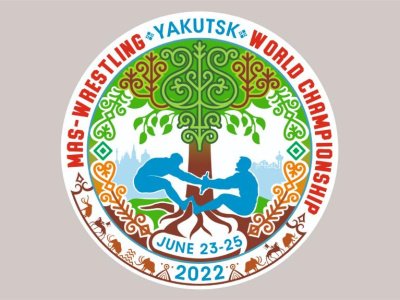 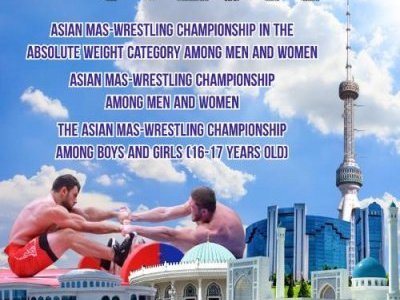 Participants of the Championship in Turkey drew lots 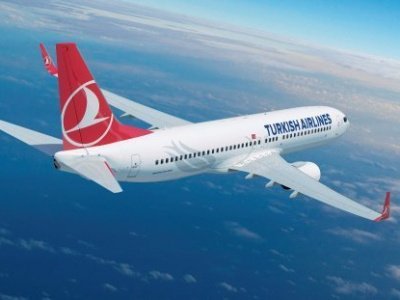 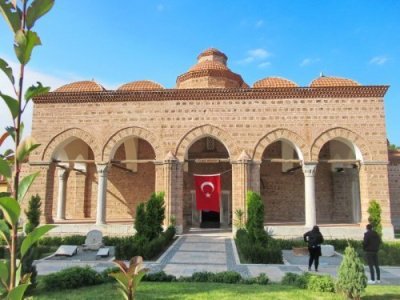 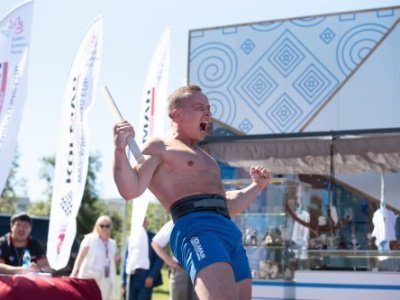 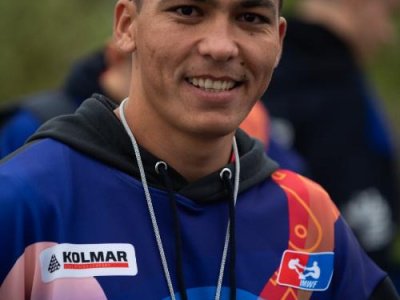