Competitions are held with the aim of promoting and developing mas-wrestling in the world and set the following tasks:

Dates and venues of the competition

May 25, 2019 (Saturday) - the work of the commission for registration and admission of the participants, the weigh-in ceremony and draws of participants;

* The program of the competition is subject to change.

The direct conduct of the competition rests with the Main Jury, approved by the International Mas-Wrestling Federation.

Athletes (men and women) participate in the competition on request from national mas-wrestling federations, at least 18 years old on the day of the competition, who have undergone a medical examination and have no contraindications to strength sports. National mas-wrestling federations have the right to put up to 2 (two) athletes in each category. The Latvian Mas-Wrestling Federation, as a host, is entitled to put up to 4 athletes in each category.

Participants are required to perform in sports uniform in accordance with the rules of the International Mas-Wrestling Federation:

- men - shorts for mas-wrestling (tight-fitting or loose fit) of an established IMWF pattern, red or blue (by lot);

- women - shorts for mas-wrestling (tight-fitting or loose fit) and a sports jersey (t-shirt, top) of an established IWMF pattern in red or blue (by lot). It is forbidden to mix blue and red t-shirts (tops) and shorts.

- competitors must compete in sports shoes with a soft sole without spikes. It is forbidden to use shoes with heels, with the sole, lined with nails, with buckles or other metal, plastic and pointed elements.

Insurance of the Competitors

Participation in competitions is carried out only in the presence of the original contract of life and health insurance against accidents, which is provided to the commission for registration and admission of participants. Participants are insured at the expense of sending organizations.

Competitions are personal and are held in the absolute weight category among men and women according to the current rules of the International Mas-Wrestling Federation, according to the system of elimination after two defeats, divided into groups "A" and "B".

“A” for athletes who have no defeat;

“B” for athletes who have one defeat.

In subsequent circles, athletes who were free in the previous round are located at the top of the table of their group.

Athlete who lost in group "A" is eliminated to group "B". The winners form the pairs of the next round of group “A”. Fights in group “B” begin with the second round, wh ere those who lost in the first round compete.

The participant, who was defeated in group “B”, leaves the competition.

In group "A" competitions continue until the two strongest athletes are identified. The winner of the fight between them takes the 1st place, the defeated one - the 2nd place.

In group "B" competitions continue until the identification of two strongest athletes who occupy two third places.

In the system of competitions, changes are possible depending on the number of participants according to the rules of the competition.

The final results (protocols) on paper and electronic media are submitted to the International Mas-Wrestling Federation within two weeks from the date of the end of the sporting event.

Participants who took first, second and third places will be awarded with diplomas, medals and cash prizes.

Competitions are held at sports facilities that meet the requirements of the relevant regulatory legal acts acting in Latvia and aimed at ensuring public order and the safety of participants and spectators, provided there are acts of readiness of sports facilities to conduct events approved in the established manner.

The competition venues must have qualified medical personnel.

Delegations of countries that need a visa to stay in Latvia should send the organizers a list of participants to receive an invitation for a visa with full names, gender, passport numbers (also their dates of issue and validity), dates of birth, scanned copy of the first informative page of the passport before May 1, 2019.

Preliminary applications indicating the number of athletes, coaches and representatives must be submitted before May 1, 2019 at:

Applications signed by the head of the national federation and the doctor, as well as the following documents for each athlete are submitted to the commission for registration and admission of participants to the competition:

This provision is an official invitation to the competition.

The calm before the storm

The strongest mas-wrestlers of Europe are heading ... 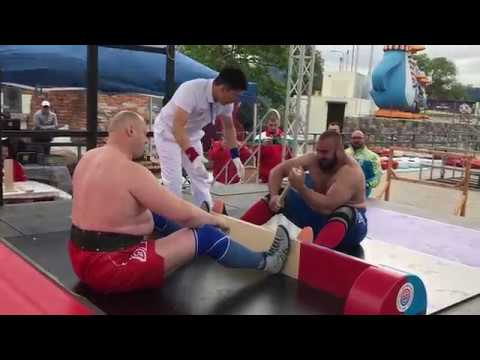 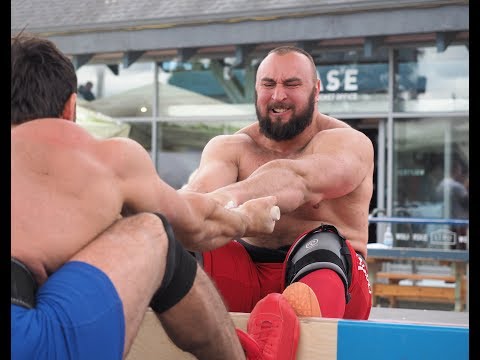 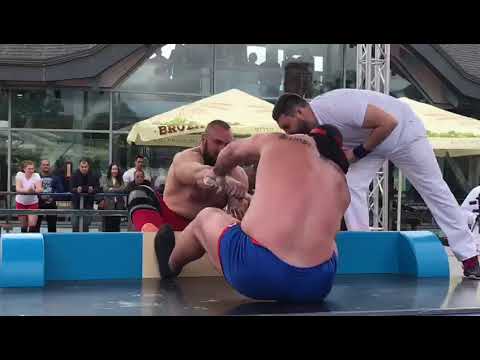